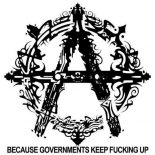 Julian Assange Sold to the US for Billions of Dollars

Julian Assange could possibly be jailed for the rest of his life in a US prison after Ecuador sold him out for a several billion dollar IMF loan.

The documents for the $4.2 billion IMF loan were signed by Ecuador’s government on February 21. Less than two months after that paperwork was signed, Ecuador violated international law and illegally terminated Julian Assange’s 7-year political asylum status. The founder of WikiLeaks was then dragged out of the Ecuadorian Embassy in London and arrested on April 11.

An additional payment of $6 billion was triggered by Ecuador’s compliance with the US government’s demand that Assange’s asylum status be revoked. A giant sum, totaling $10.2 billion, was given to Ecuador, a country in desperate need of economic assistance.

UK police confirmed that Assange was arrested on behalf of the US government. After his arrest in London, the US Department of Justice charged…

This site uses Akismet to reduce spam. Learn how your comment data is processed.

Translate from Swedish to Your language